Book Flight Ticket in 223$ Only at Travel Agent Mall:

14 THINGS TO SEE AND DO IN PORTLAND, OREGON

I always start my visits to a new city with a walking tour. It’s the best way to learn about a destination, get the lay of the land, see the main sights, and have an expert local guide answer all your questions.

Built in 1914, this is a stunning French Renaissance–style mansion located in the western part of town. The 46-room estate, originally owned by a wealthy couple from England, is part of the National Register of Historic Places and contains beautiful artwork and furniture collected by the original owners. You can explore the grounds (which span over 40 acres) and buildings by yourself or take a guided tour (the price is the same; however, guided tours are only scheduled when volunteers are available). 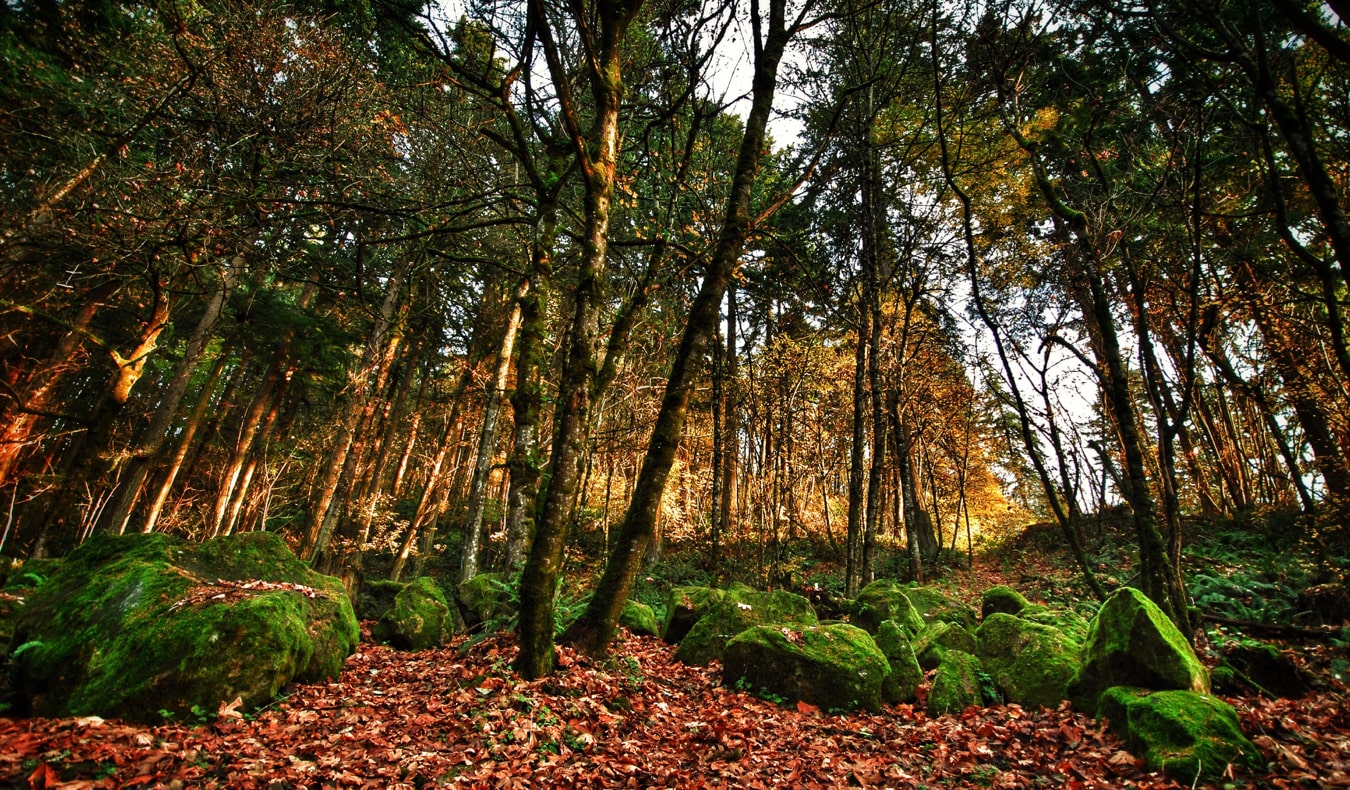 Forest Park is one of the nation’s largest urban parks. Covering a sprawling 5,000 acres, it’s home to over 70 miles of hiking and biking trails. There are over 100 species of birds here, as well as 62 different species of mammals. It’s also home to the Witch’s Castle, an abandoned stone building covered in moss. (It has no connection to witches. The name came from students who used to use the site for secret parties in the 1980s).

4. Browse at Powell’s City of Books

This is the largest independent and used bookstore in the world, home to over a million books. Established in 1971, it has 3,500 different sections and buys over 3,000 new and used books each and every day. If you’re a book lover like me, you could easily spend a good chunk of time here. There’s also a café (World Cup Coffee and Tea House), so you can grab a coffee or tea and cozy up with your new purchases. 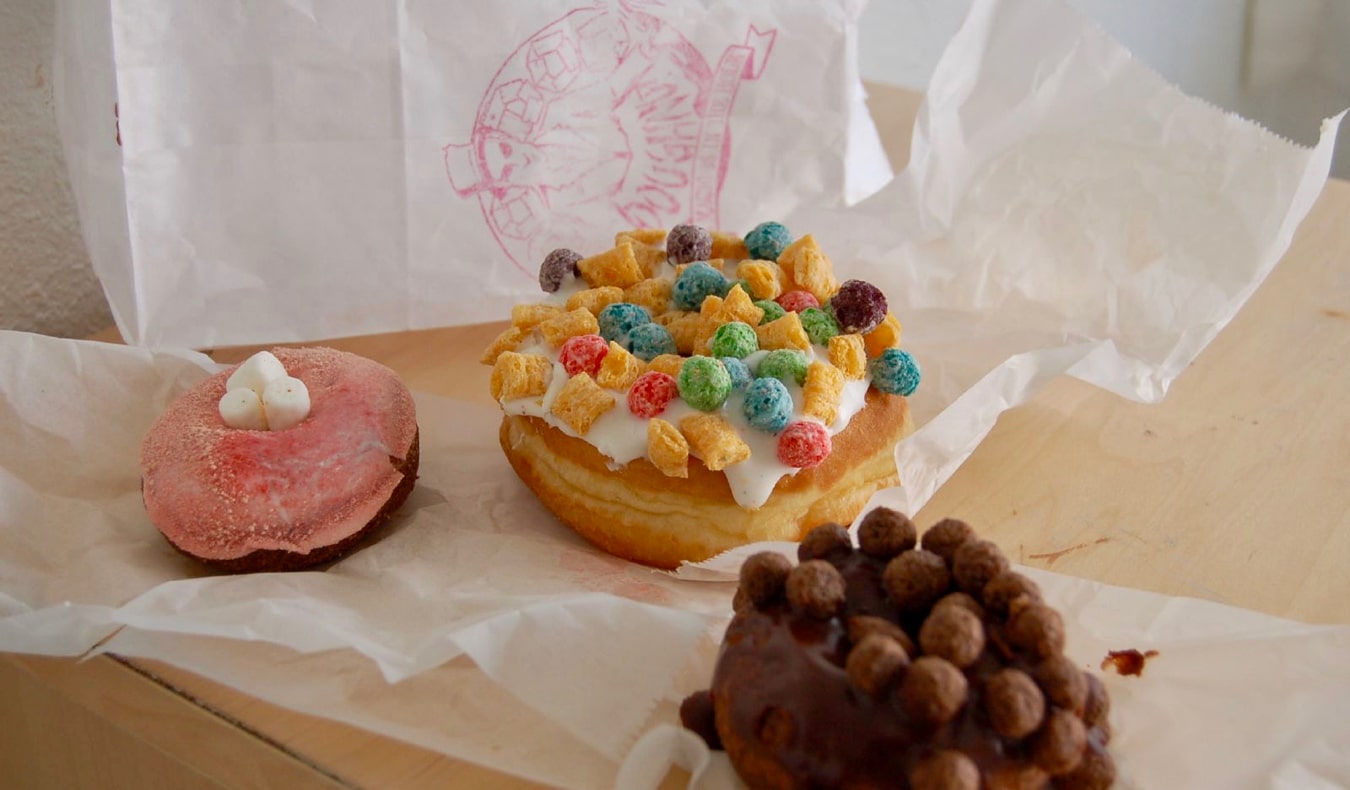 Portland is known for its donuts. If you Google the city or search for it on social media, donuts will inevitably pop up. Voodoo Doughnut put the city on the map with its weird and wonderful combinations, such as Cap’n Crunch or maple bacon. It also makes cream-filled phallic donuts as well — so you can see why it’s become a quirky staple of the city.

Home to over 10,000 rose bushes and 650 varieties, this garden is where many companies test new varieties of roses (some are tested here years before they are commercially available). It’s the oldest rose test garden in the country. It also hosts an annual competition for the city’s best rose. The roses are in bloom between April and October, though there is also an amphitheater here that holds all kinds of events, such as classical music performances and plays. Don’t miss the Shakespeare Garden, which only has types of roses referenced in Shakespeare’s plays. 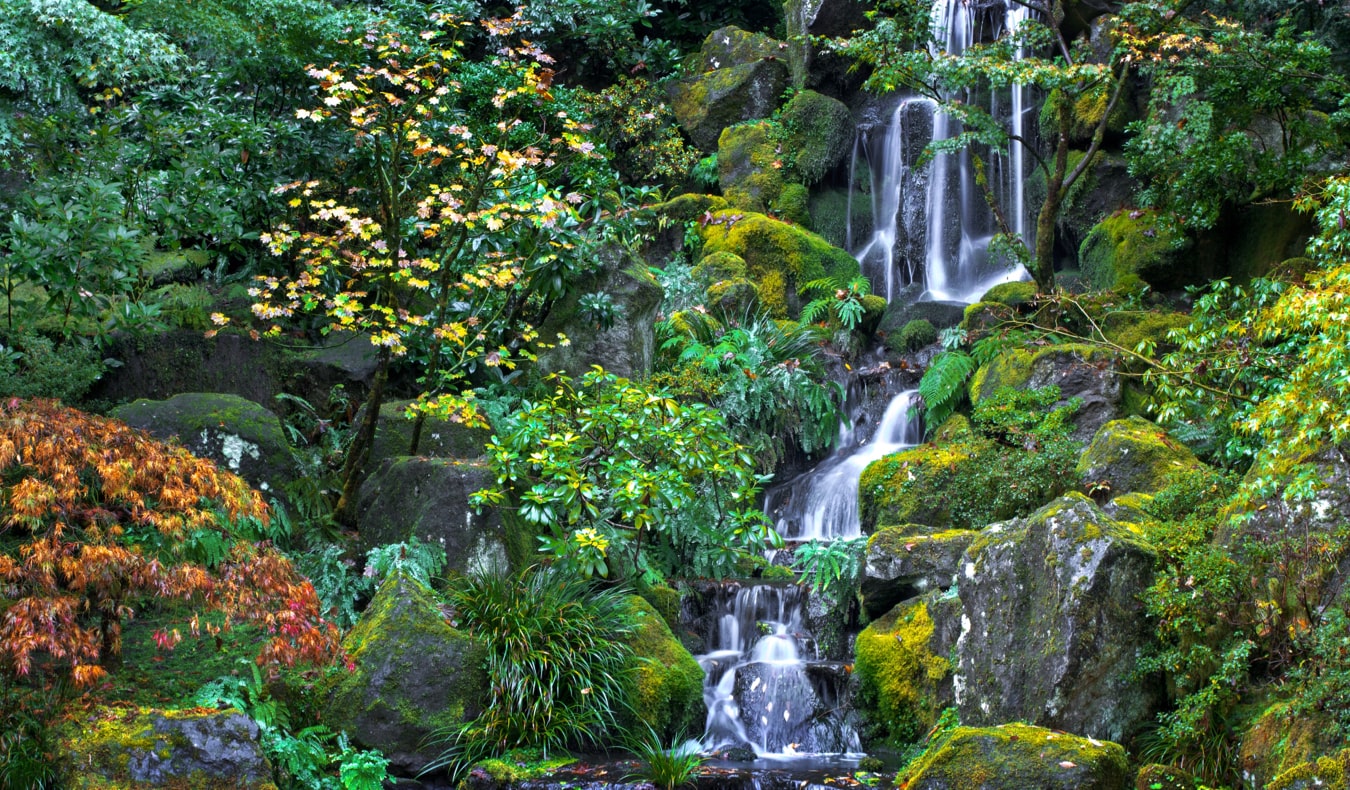 Located near the Rose Test Garden, these Japanese gardens were created in the 1960s as a symbol of peace between World War II adversaries. Today, it’s considered the best Japanese garden outside of Japan. Spanning 12 acres, it contains traditional gazebos, waterfalls, ponds, Zen sand gardens, and lots of walking paths. It’s super relaxing and serene and beautiful all year round, though it’s particularly stunning in the autumn when the leaves are changing. It receives no funding from the city, so it’s not cheap, but if you want to escape the city for a while, then it’s worth every penny.

If you’re looking for something decidedly weird and unconventional during your trip, visit The Peculiarium. This creepy emporium is full of all kinds of weird drawings and souvenirs, gag toys, unknown oddities in jars, and even a giant Bigfoot statue. There are fake severed body parts (which are super lifelike), and they also serve fresh-baked cookies…with bugs, scorpions, and mealworms inside and on them.

If you’re a foodie like me, you can’t visit Portland without taking a food tour. You’ll get to sample some of the city’s best food, learn about its culture and history, and meet other foodie travelers like yourself. It’s the best way to get the culinary lay of the land before you head off on your own to eat your way around town.

offers a few different food tours focused on different cuisines and regions of the city. It will give you a solid overview of what tasty offerings Stumptown can dish up.

Tours last around three hours and cost $89 USD per person.

Portland has tons of green space to relax in and enjoy. Laurelhurst Park was designed by the same team that designed Central Park in New York. It has a laid-back atmosphere and is popular with locals and visitors alike. There’s a duck pond, bike paths, and the off-leash dog area.

11. Indulge at the Food Trucks 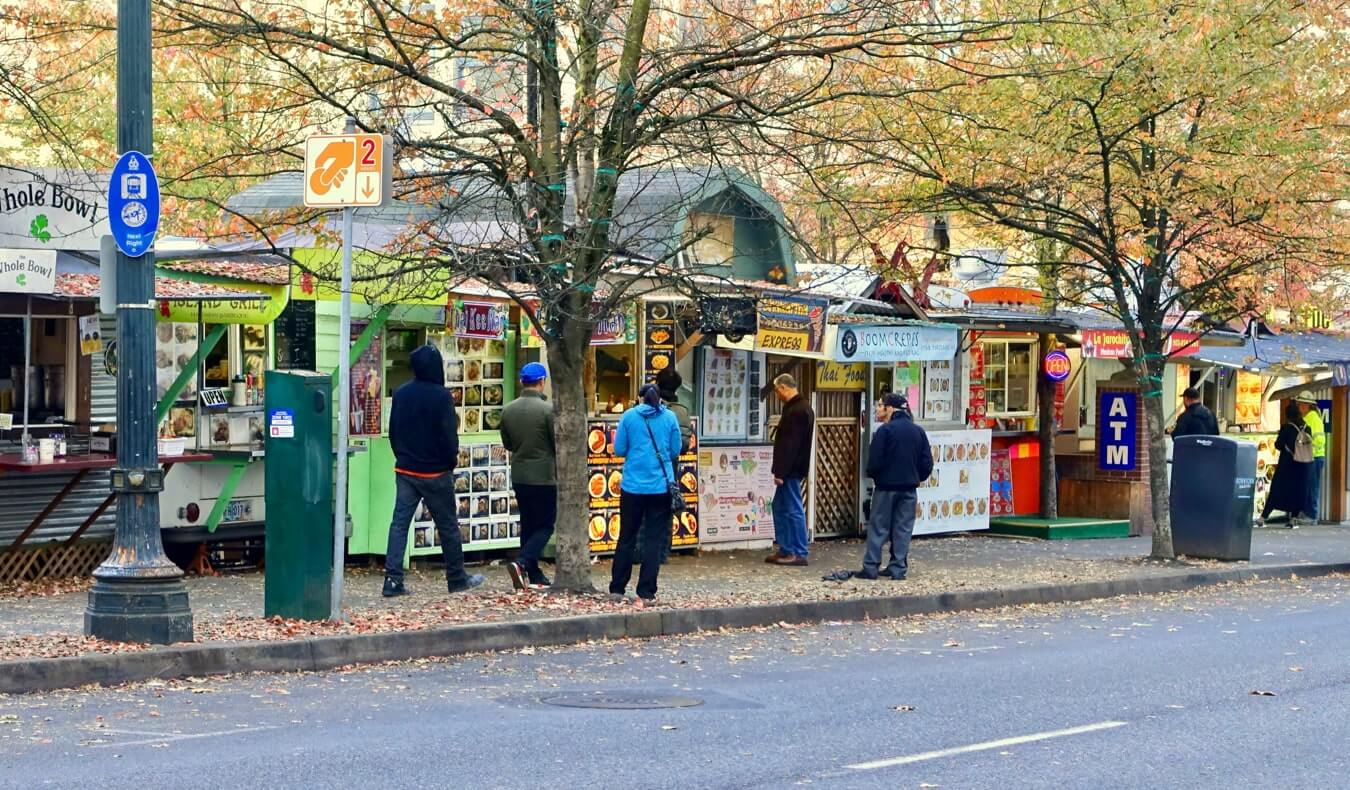 One of the most important elements of the Portland food scene is its food trucks. The food trucks are a huge part of the local culture, and you can find pretty much every cuisine and every price point too. There are over 600 food trucks in the city, and they’re usually gathered in small pods so you can sample a few different ones without having to go far.

You can find plenty of tasty options on Fifth Ave, Third Ave, and at the food pods (food truck lots) at Cartopia and Hawthorne Asylum. Some of my favorites are MF Tasty, Burger Stevens, Hapa PDX Ramen, and Desi PDX.

Opened in 1892, this is the oldest art museum in the Pacific Northwest. It’s also one of the oldest galleries in the country too (the seventh oldest to be exact). It’s home to over 42,000 items, from contemporary art to Native American works to Asian art and everything in between. There are permanent exhibitions, rotating temporary galleries, and an outdoor sculpture park. There’s a lot of variety here, so be sure to check the website to see what’s on during your visit.

Portland is one of the beer capitals of America. There are over 75 microbreweries in the city — more than any other city on earth — and Portlandians take their beer seriously. The craft beer movement started here back in the ’80s, well before it caught on elsewhere. Many breweries have their own tours, as well as their own restaurants, so you can enjoy a pint and a bite to eat. Many offer tours, and there are also multi-brewery tours from companies like City Brew Tours. If you’re a craft beer aficionado, be sure to indulge (responsibly). 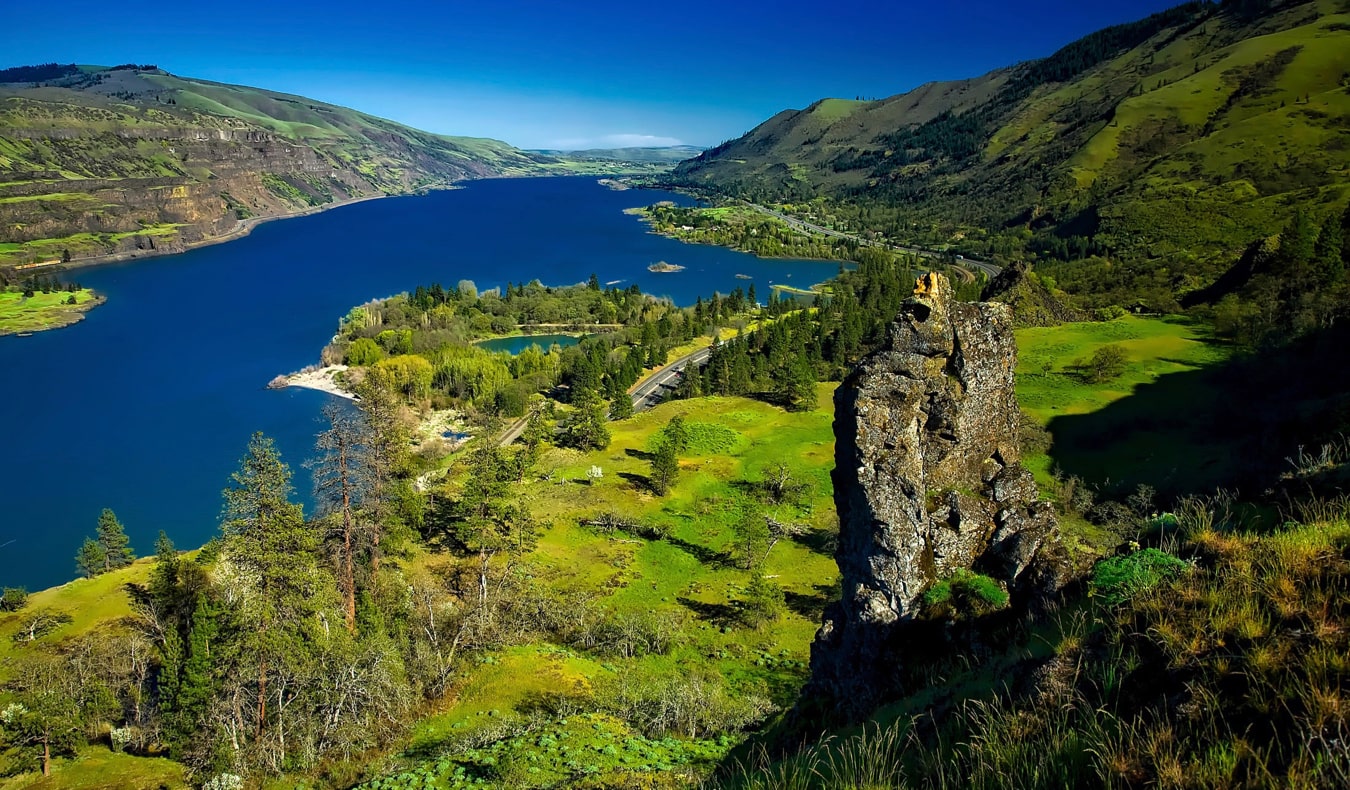 If you’re looking to get out of the city and stretch your legs, head to the Columbia River Gorge. Located east of the city, it is home to waterfalls, scenic vistas, and hiking trails. It’s the largest National Scenic Area in the country and makes for a nice place to spend a day. Oregon’s tallest waterfall, Multnomah Falls, can be found here, as well as a hundred-year old observatory that offers up views of the surrounding picturesque landscape.

Some suggested hikes are Dry Creek Falls (easy, 2 hours), Wahkenna Falls Loop (moderate, 3 hours), and Starvation Ridge and Warren Lake (hard, 8 hours). You can reach the gorge with a vehicle in around 30 minutes, but there’s also a daily shuttle for $20 USD (round trip) in case you don’t have a car.***

Portland is one of my favorite American cities. It’s fun, eclectic, and energetic, and it has a lot to offer (especially if you’re a foodie or craft beer lover). It deserves far more attention than it gets — from domestic and international travelers alike. If you find yourself in the PNW, be sure to spend a few days here. Your tastebuds will thank you!